WELCOME TO OUR BLOG

SMALL DOG HEADING FOR THE STARS

A new press release put out by Mummy, Zuma the Dog and its' a whopper. You're gonna want to read this one.

Transcendent Media Capital managed by award winning writer, director and producer Peta Milan, who has strong connections with Hollywood, specialises in social and environmental impact content. They use media production and technology initiatives to affect change.
An animated TV show for children between the ages of 4 and 10 is being developed for Zuma the Dog, intended to teach children communication and conflict resolution skills, tolerance and diversity with strong anti-bullying messaging. Zuma and his pals will encounter all kinds of tricky life situations during their adventures and search for solutions that involve non-violence, boundary setting and effective communication. Full of laughs and mishaps, Zuma and the wisdom of his friends will give practical guidance and teach kids important lessons throughout each episode.

“This is such an exciting step for Zuma the Dog”. Says Samantha Bertish, director of Bertish & Company Ltd and creator of the IP. “Being able to put my character to good use for such a great cause, means so much to me and we are delighted to be partnering with such a prestigious media company.”

Work on the animation development starts later in the Autumn. 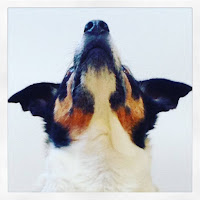 Posted by Zuma the Dog at 09:39 No comments: Links to this post

Zuma The Dog is the Woofilicious New Lifestyle Brand for Kids!

Please see our main website for our selection of funky kids designer clothes and accessories!

Take a look at our boys hoodies

Love the style of our boys jeans and girls jeans