WELCOME TO OUR BLOG

Little Dog Digs Up Another Award.

Glastonbury based children’s brand Zuma the Dog announced as a finalist in Book Awards. 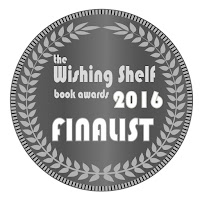 Brand owner Samantha Morgan-Bertish is celebrating this week after receiving the news that her book Zuma the Dog: The Dinosaur Guy, has been announced as a finalist in The Wishing Shelf Independent Book Awards. This exciting news coincides with the launch of her digital on demand series, Zuma the Dog and Friends, based on the character from her books, which is to be broadcast on the new children’s entertainment platform Kidscast TV.
Books for the award were read and judged by children in 8 UK primary and secondary schools, a book award that is judged by the people that matter with honest opinions and feedback. 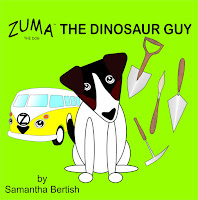 “I am honoured that we have been chosen as a finalist for this award. It has been the second year one of my books has reached the final stage in this awards and our fingers are crossed for a win this year. I am delighted that my work and dog character, Zuma is enjoyed by so many children.”

Zuma the Dog kids brand was created in Somerset in 2009 inspired by the family pet and has been gaining strength in recent months.
The winners will be announced on 1st April.
Search Samantha Bertish on Amazon to find all Zuma the Dog book releases.

Posted by Zuma the Dog at 07:46 No comments: Links to this post

Zuma The Dog is the Woofilicious New Lifestyle Brand for Kids!

Please see our main website for our selection of funky kids designer clothes and accessories!

Take a look at our boys hoodies

Love the style of our boys jeans and girls jeans